You may have already thought to yourself, “Every day I am seeing new inventions and technologies that blow my mind. What is going on?” If you’re an entrepreneur you’re probably also wondering how to develop the most profitable business in this seemingly frenetic—i.e. all over the place—market.

Elon’s going to Mars, Bitcoin’s a multi-billion dollar currency, lifelike robots are rising, virtual worlds are blurring the lines of reality, and artificial intelligence is advancing so quickly that futurists are talking even more fervently about “the singularity” (the point at which technological advances push artificial learning to a level reaching—then surpassing—human intelligence).

Once you distinguish between the various emerging markets, you’ll have a better idea of how to lock down your own niche and remain focused. The last thing you need is to see every trend and jump on it, or even be distracted by it. Focus is key. So let’s look at the environment, beginning with some history.

First, a note on the above multidirectional, leapfrogging progress being made. None of these are fads. They are all long dreamed about markets that have massive inertia. Your challenge is not to choose one or two that will outlast the others, but rather, to invest in those with the best fit for you and your teams. These will all get bigger. Much bigger.

Online Was Just the Beginning

When Swivel first launched services in the 1990s, we focused an inordinate amount of our marketing efforts on convincing customers they needed something called a “website.” That might sound laughable today, but it’s instructive for these emerging markets.

You probably don’t know a business that’s entirely offline. Online everything blew up in a big way. The rest is history. But it was just the start.

We knew that every company would soon need a way to be online or be left behind. Your job today is to determine what your customers will need or want in the years ahead. But you’ll need to see it now, before the wave crests. Otherwise, the value you provide will be limited.

What made the web so monolithic? The Internet opened up what we called a horizontal market—horizontal because it served more than one niche or industry. Over time online technologies laid the foundation for innumerable vertical markets—more narrowly focused spaces (e.g. news outlets, e-commerce stores, file and video sharing, marketing services, search, ad agencies, consultancies, nonprofits, crowdfunding, etc.).

Some of those industries didn’t even exist in the early 90s. Now they had a global platform to generate revenues for viable businesses.

Today, a similar though perhaps even more stunning convergence is happening. Just as the Internet opened up a horizontal market enabling millions of users to buy, sell, and interact in new ways, at least 10 emerging horizontal markets are providing new opportunities for an almost unlimited number of people. Most of these are launching innovations only dreamed of in science-fiction plot lines.

The following list of each horizontal market along with potential vertical applications is not exhaustive. There are others still, but these ones are worth watching and evaluating for industry analysis. Subsequent articles will break down each of these in more detail.

The immersive nature of VR and AR has content producers and tech manufacturers sprinting to develop new experiences. Our post on VR and AR explains why this previously failed tech has rebounded and appears to be here to stay. 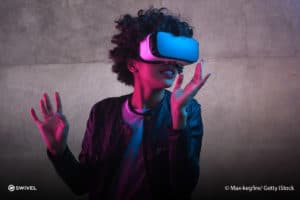 Virtual worlds are opening up via numerous products and brands.

Headlines and news ledes are filled with details of the competitive landscape of robotics. From competitions to meet-ups, the rise of humanoid robots as well as machine replacements for human jobs beyond the factory is an important development. 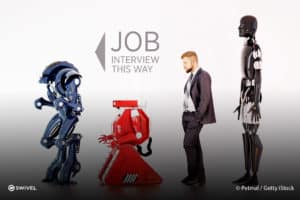 Will a robot take your job? Enter your current occupation and this new website will tell you.

Our post on Robots highlights current victories and opportunities.

While each of these are significant in their own right, we’ve grouped them together because they are collectively about (a) input, (c) analysis, (d) learning, (e) iteration, and (f) control/autonomy (output). 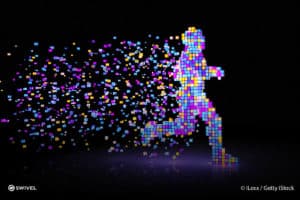 If the singularity occurs, the lines between authentic and synthetic intelligence will be blurred.

Ultimately these are about intelligence, whether for autonomous application or human intellectual augmentation. Big data was hailed as important in its own right but experts have realized the need for algorithms and processes to make it useful.

Our subsequent article will explain the significance and importance, along with pitfalls of the tech.

Due to the wealth involved in fintech and the disproportionate spending on security by both it and government, we discuss these as linked in this market. They could be viewed separately. However, significant overlaps aid in analysis. 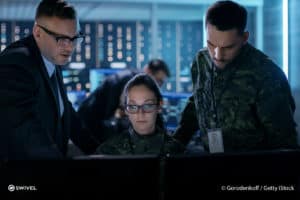 Government spending on cybersecurity and counterterrorism will continue to grow as threats increase.

Banks and exchanges along with government agencies develop important technologies that spill over into general public use cases. Our post on fintech and securetech will highlight opportunities in the marketplace as well as vulnerabilities and ways to guard against theft or fraud in your business.

Medical technologies are beginning to provide benefits to elderly and disabled groups that were unheard of a decade ago. From something as simple as improvements in crutches, to remote operated surgery, developments are surreal. Further, in biotech there is much to see. 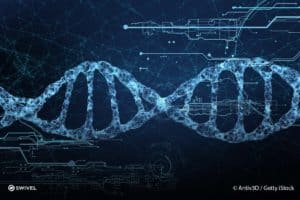 From gene editing to bionic limbs, biotech and medtech are booming.

Plenty of opportunity exists but there are significant debates as well, over ethics and best practices. This is especially true with new innovations like the ability to edit genetic material with CRISPR. Our subsequent post on medtech and biotech will detail the ups and downs, as well as some significant opportunities.

The space race has begun again. This time however, it’s not between the USA and the former USSR, but rather between private citizens and their public companies. Jeff Bezos, Elon Musk, and Sir Richard Branson are among the most prominent advocates pushing ahead to a new era of space exploration.

Unlike previous government-led exploration, the competition now underway commercially and privately promises to springboard this sector far beyond the stalled progress of the past. A forthcoming post on space will outline exactly what is being planned and evaluate what it means for businesses and enthusiasts alike.

The conversation around autonomous vehicles arose before electric cars were fully embraced publicly. But the innovators pushing the envelope on cleaner, more high-tech rides knew early on that the same vehicles were ideal for automation.

Now automakers like Tesla and ride share companies like Uber are making plans for self-driving technology for the masses. Our upcoming article will take a look at how far this industry has to go before it’s mainstream, and how far the innovators plan to take it. 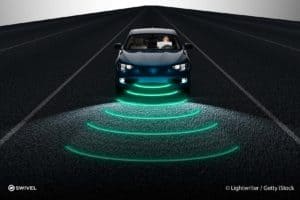 Autonomous vehicles will soon be seen by land, sea, and air.

Green technologies like hydro- and wind-power have been around for a long time but these, along with solar solutions, geothermal tech and everything in-between continues to broaden this market and its applications. Additionally, agricultural technologies from drip irrigation to hydroponics, and amazing water filtering innovations likewise spell opportunity in every direction. 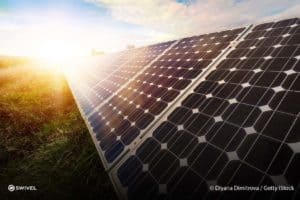 Clean technologies have been in the works for generations but have finally hit their stride.

While the US may have pulled out of the Paris climate agreement, businesses and billionaires around the world continue to move ahead in these areas. We’ll provide detail soon on progress and current predictions as to how rapidly clean services are overtaking incumbent technologies.

Horizontal #9: Cloud Technologies and the Internet of Things (IoT)

Online continues to be massive, and to have significant opportunities for all business types. Further, the expansion of cloud and virtualization technologies to IoT products and applications means the largest interconnected network on earth is only going to get bigger.

Beyond connected refrigerators, the IoT extends to wearables, drones, home automation devices and more. As space exploration opens up further (Horizontal #6 above), cloud and IoT technologies will even extend to the outer limits of our solar system. 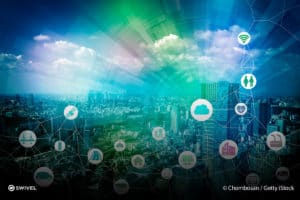 Connected devices, home automation, inventory tracking are all getting upgrades.

Our article on Cloud and IoT will review progress over the past 10 years, and list opportunities currently available as new verticals open up.

The final horizontal vertical in this list is the only one that has not yet reached critical mass. This also makes it one of the most exciting. As an industry it is underdeveloped and still building its case to utilize the tech in everyday negotiations. 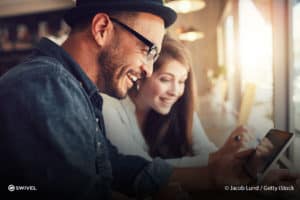 We’ll define it and provide some of the theory behind it in our tenth forthcoming post in this series. It’s in a similar place and time that EVs were at 15 years ago. But it’s one to watch as it will disrupt the following processes:

Each of these horizontals have features in common which enable leaders to invest in core competencies without putting everything into one opportunity.

As high-tech fields, all of these will continue to involve programming and development skills, statistical/analytical abilities, marketing genius, and the software and hardware necessary to create viable products and components.

Further, all of these industries are hot (or in the case of enegotiation, getting hot), meaning that investment capital is available. See this recent discussion on capital availability for robotics as an example.

Zoom Out and Gain Perspective

By looking at each of these 10 horizontal markets from a 30,000-foot vantage point (rather than from your twitter feed) you will more clearly understand the bigger picture. You’ll see which trends connect to a given vertical, and which verticals are part of a broader horizontal market.

With greater clarity, you can answer several questions to get you started:

Build trust wherever and however you can, as that is one of the rarest commodities in any market. Establish good rapport with those you serve and you can enjoy growth in any market, new or old, vertical or horizontal.